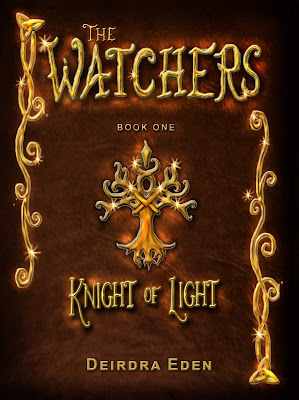 The Watchers, Knight of Light
BOOK#1

In England, 1270 A.D., Aura flees her village after being accused of witchcraft and sentenced to death. Pursued by creatures of darkness, she struggles to accept the truth about her humanity and choose what side of an eternal war she will fight. Filled with fairies, dwarves, pixies, dragons, and epic villains, Knight of Light is an enthralling tale that will capture the imaginations of readers young and old. 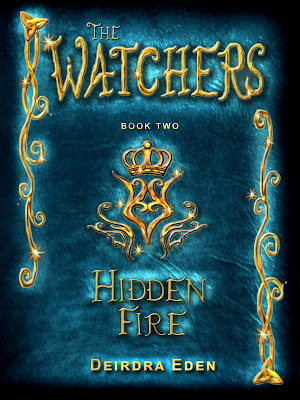 Aura’s new life as a royal protector is in shambles. The new king ignores her warnings of a Shadow Legion invasion and he is determined to marry her off. Ghosts from her past, the discovery of other Watchers, and a handsome Scottish warrior throw her off guard and weaken her emotional defenses.

Caught in a web of secrecy and betrayal, Aura struggles to control and protect the devastating power of Starfire. A terrible truth and a fateful choice will lead her to her destiny as the fabled Lady of Neviah, or shroud the entire world in eternal darkness. 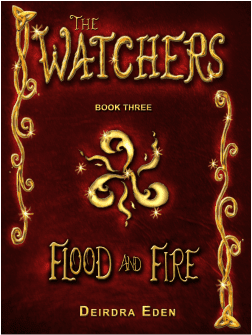 The Watchers, Flood and Fire
BOOK#3

Auriella joins the ranks of the Immortals, but Azrael has vanished in the depths of war. She is forced to choose between love or loyalty when the druids charge her with finding Alamar, an unruly Watcher who can control the seas. Though witty and charming, Alamar and his blood thirsty friends can’t be trusted. Now, it’s a race against time to find Azrael before he is killed, and Alamar before he is recruited by the Shadow Legion. 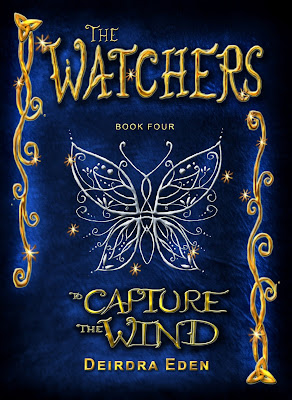 Dark secrets about Azrael’s life and death are revealed which prompts Auriella to break off their engagement and leave Azrael alone on an island of massacred Watcher kin.

In order to prove his loyalty, Azrael sets out to retrieve stolen Starfire from the Legion before they destroy the human race and create their own dark kingdom.Poisoned and stripped of his powers Azrael has no choice but to accept the help of an old enemy with questionable motives.
His haunting past and old wounds resurface when he discovers a book of Watcher genealogy listing not only his family, but Aura’s linage along with her three sisters of power, including his dark and beautiful former fiancée.

A few remaining good Watchers must face the fallen Watchers of old along with the Demon God, Moloch, to reclaim Starfire. Azrael must choose his side and prove his loyalty once and for all. 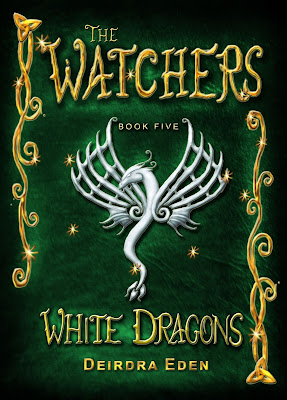 
Auriella and Azrael are about to face their greatest battle as all the Watchers of the Earth gather to the Eastern Sanctuary to face Erebus and his army. In her first mass warfare, Auriella leads her Watcher kin against invading hordes, human trafficking pirates, Shadow Queens, Shadow Lords and their wolves, and even Erebus himself. Between war plans and raids, Auriella balances wedding plans and brides maids. With old friends and new friends, and each Watcher with their own mystical gifts and unique personalities, Auriella prepares intricate battles against supernatural foes. Auriella and Azrael will soon learn that their forbidden marriage will risk more than just the safety of Starfire.
Find your copy on Amazon. 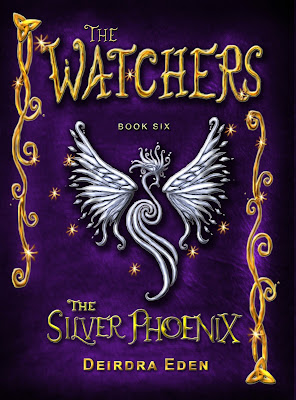 
Auriella and Azrael must travel across Asia and Europe to reach the Inner Sanctuary, the only place they will be safe from the legions who hunt them. Auriella keeps a journal and records stories from the lives of the Watchers who are charged with guarding her to safe passage. Traveling to the legendary land of Ophir they retrieve the golden wedge of Ophir which is a key to open the portal of the Inner Sanctuary.

Betrayed by a Watcher who was sent to protect her, Auriella is captured and comes face to face with the Shadow Queen Hazella. After being tortured by the Legion, Auriella must choose her own death. Unbeknownst to King Erebus, the Shadow Queen, Hazella, offers Auriella a quick, but painful death which will ultimately keep Starfire out of the hands of the Legion.

With time running out, Auriella realizes she must be her own hero, and without her powers, find hidden strength from within to save more than just herself.
Find your copy on Amazon. 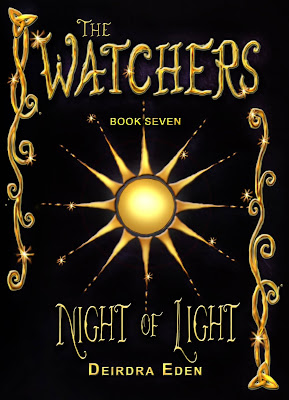 
The Watchers have returned and just in time for Armageddon.

Biblical plagues, wars, famine, and corruption in all forms cover the earth as the Watchers prepare for the final battle against Erebus and his army, and they are not alone.

Auriella and Azrael attempt to acclimate and learn all they can about modern day before the behemoth and leviathan awaken. 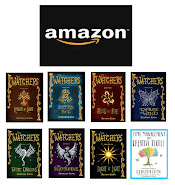 Buy My Books On Amazon

I'm at your favorite place to hang out online. 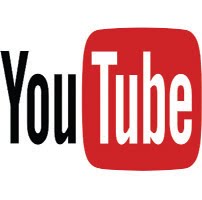 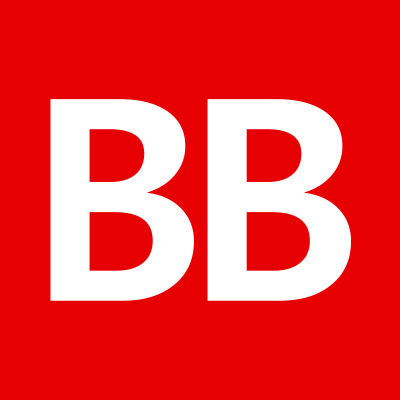